What Happens When You Quit Drinking Alcohol? 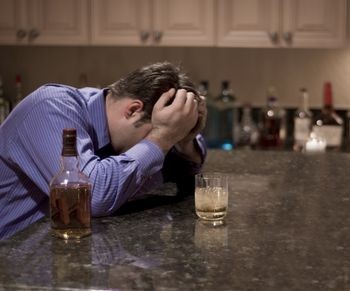 Leaving alcohol is easy but it is not easy to face and overcome the effects that you face after leaving it. They are the testing times. Once you stop drinking, you come across some uncomfortable withdrawal symptoms which are not easy to get through at the very point of time. But, sooner you realize the long term benefits and move on with the pace. Detoxification and rehabilitation can help to quit the habit successfully.

Quitting alcohol brings the change in your life. Let us understand what these changes are:

Withdrawal symptoms are surely the most painful and scariest things after leaving alcohol. It is a testing time for your will power as you need to be strong at heart and health to face them with strength. They can be overcome through proper medication. If you have a strong support and right medication then you can surely face them comfortably.

As you quit drinking, your body reacts and shows some of the following symptoms:

Following symptoms are also seen if the person is a heavy drinker:

Though you quit drinking but still crave for it. It is tough to overcome these cravings. But a helping hand or support can help you get out of this situation. Family, friends and rehab centers are the real supporters. They stop you from getting back. Also a therapist or counselor can help you to quit effects of quitting.

You Will Start Feeling Better

When you quit drinking you come across physical and psychological changes. The damage caused by alcohol is reversible and quitting proves beneficial.  The better changes that happen to be are:

Sooner or later you realize the long term benefits of quitting. Continued consumption of alcohol can damage vital organs like heart, liver, brain etc.  After you stop drinking the body changes starts reversing. You start getting healthier soon. Besides reversal of body changes, you also reunite with the friends / family members whom would have been ignored earlier. Also money spent on alcohol is saved.

Once you understand the advantage of quitting, you are self motivated to maintain the healthy life style. Initially you require external support after quitting but later on you even don’t need that and is strongly determined to not to return back to the previous state. Don’t even drink in moderation after quitting.